On the note of the demised, a funeral order of service is sent to the mourners, letting them know of the ceremony arranged at the funeral on a certain day. Different people systematize this funeral ceremony in diverse forms. Some keep it quite personal by engaging only the close relatives whereas some allow the friends and colleagues to the ceremony to say a few words on the demised.

What is the Funeral Order of Service?

A funeral order of service is a leaflet or a pamphlet listing down the ceremonies arranged on the day and given out to the people asked to attend the funeral of a demised.

This order of service presents detailed information regarding the ceremonies and the rituals arranged by the family members of the demised. Information such as the name of the demised, date of birth and the date of expiry, place of funeral, time of prayer reading, recitals, obituary reading, and other items that are going to be held on the particular date. 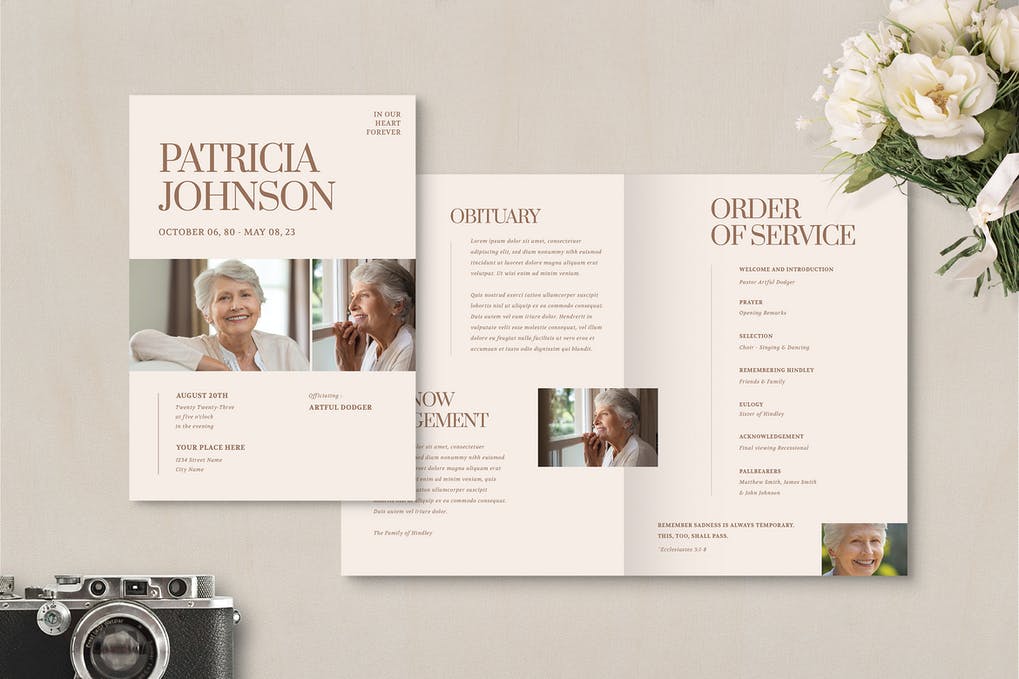 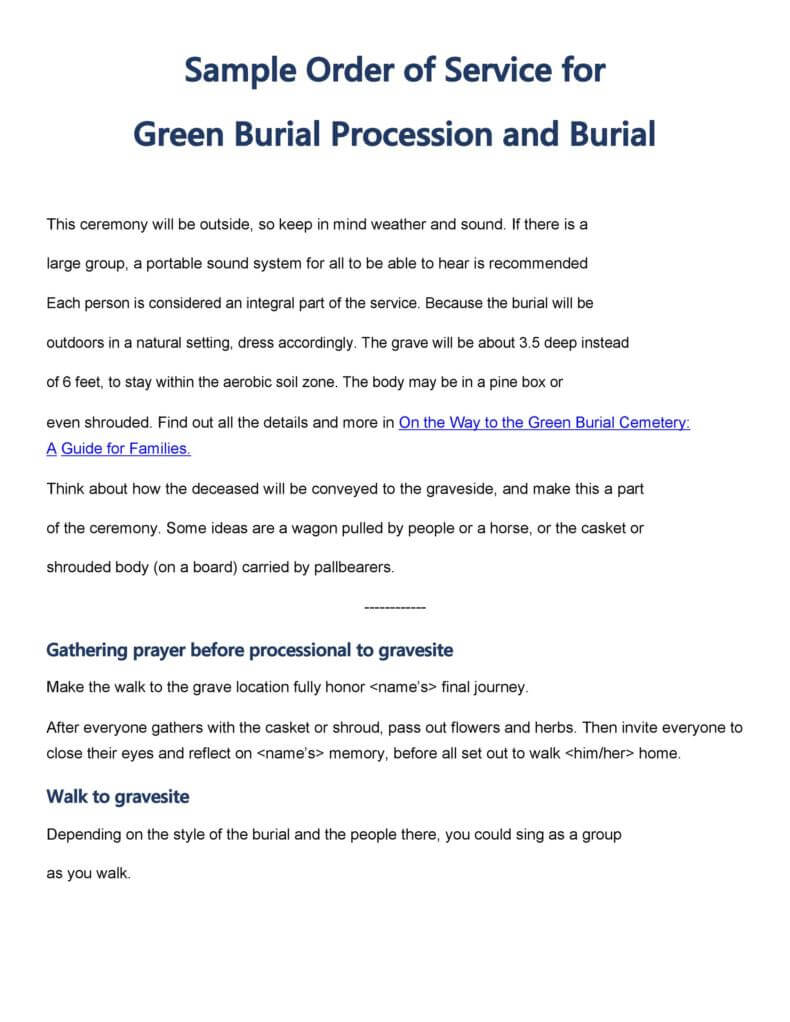 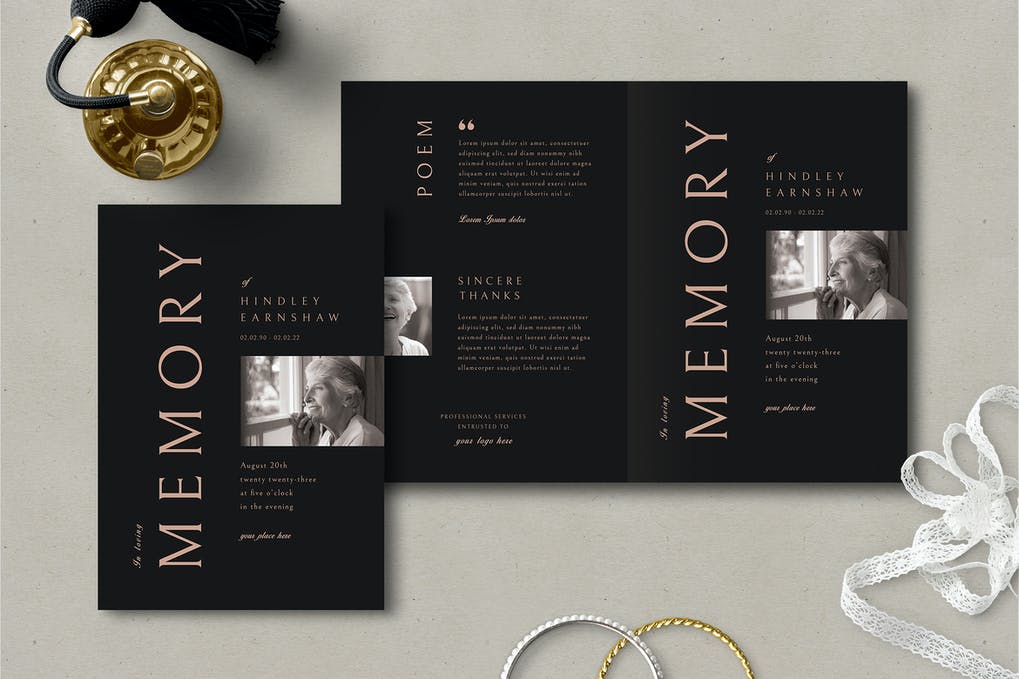 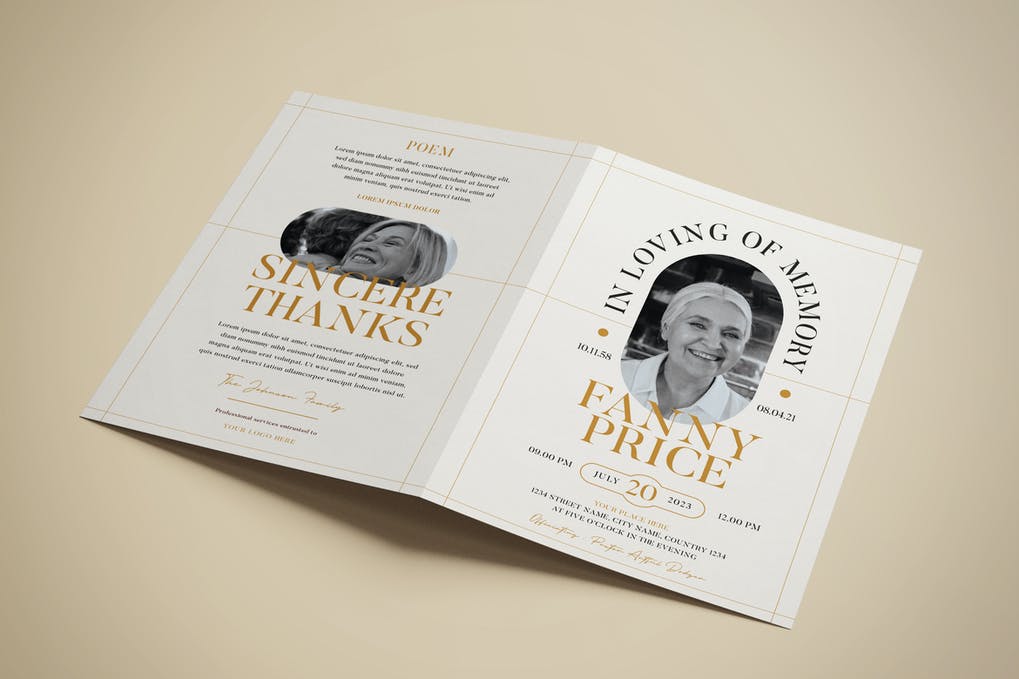 Is it Essential to Craft a Funeral Order of Service?

The answer to this question is quite debatable and hence let’s put it out with some valid reasons. When the customs and the rituals arranged by the family members on the day of the funeral is lengthy, funeral order of service is expected as it lines down the rituals one after the other that makes the attendees aware of the customs and they do not end up asking each other at the middle of a prayer reading. 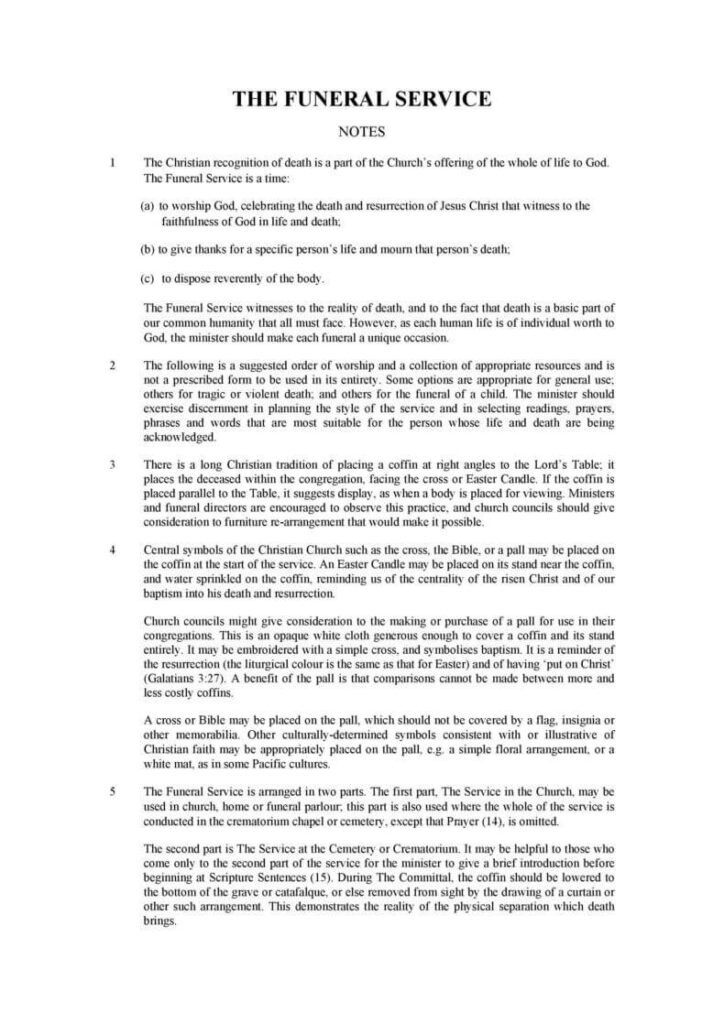 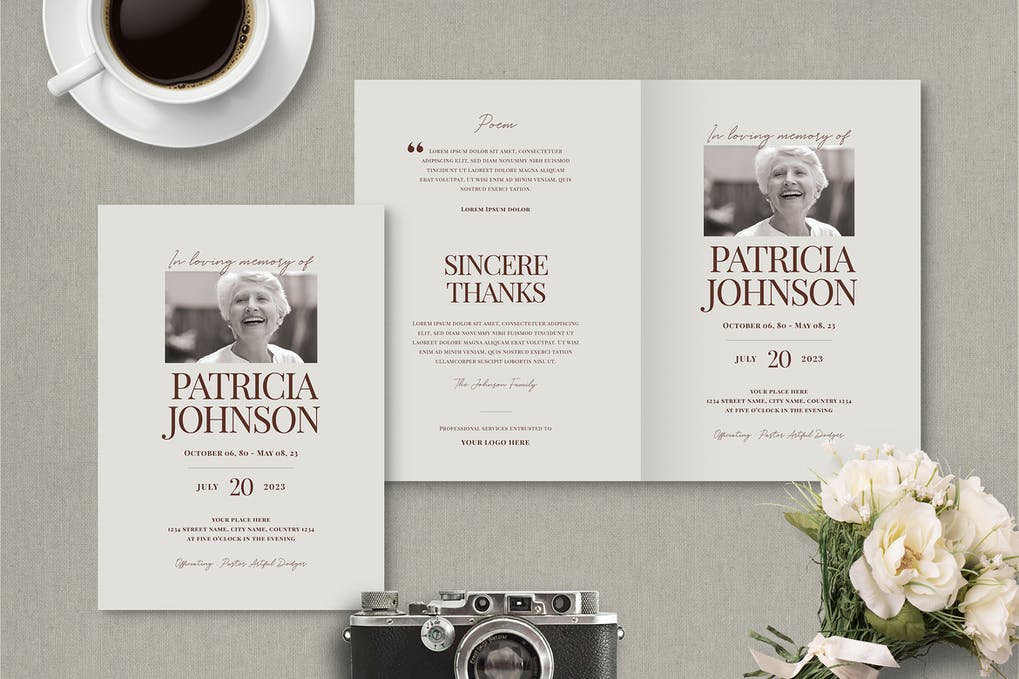 Why Should you Craft a Funeral Order of Service?

Understand, the day of the funeral is sensitive and hence to be handled carefully. The crafting of funeral order of service is one of the processes that you invest your time in, to let the day go smoothly without any unnecessary interruptions. So here is why you should craft a Funeral order of service-

1. To invite the guests to the funeral through a funeral order of service.

2. The leaflet is information provided to the guest about the ceremony to be held.

3. Each attendee at the funeral is clear about the customs and hence they would appear as per their convenience.

4. With the order of service, each person present including the venue manager, knows what to do next.

5. The funeral order of service remains as a good memory of the deceased.

What to Include in a Funeral Order of Service?

Get a clear idea of what should be incorporated in a Funeral order of service, so it becomes practical and productive. So while you craft the order of service templates, do not forget to include-

The rituals that will be organized in a Funeral are-

Different religions and castes have been adopted with different customs and traditions of funerals. So the ones we mentioned above might not match your customs but replace them with your own. 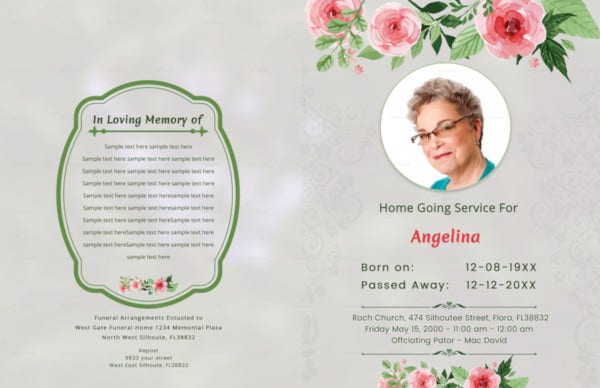 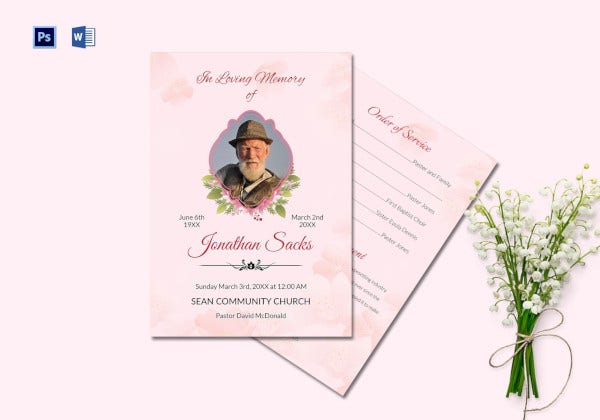 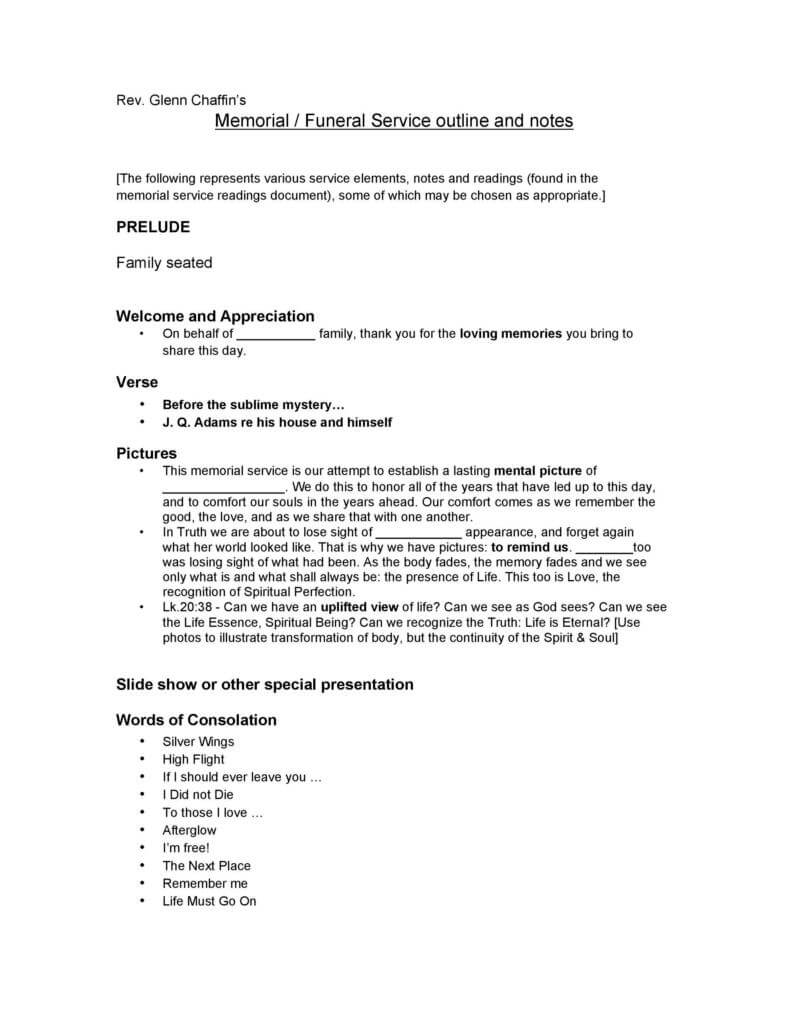 How to Plan a Funeral Service?

Creating an outline of the funeral service before indulging in crafting a funeral order of service is essential. Plan funeral service right and you will land in structured funeral service of the order. It is an overwhelming process but if you follow these steps, we can ensure you will end up with a good funeral service and your companions would make them right as you plan.

Open the ceremony with optimistic and pleasant music. Verify the music before playing as it should keep a balance as it is a mourning day you are at; therefore the music should be such as if it is dedicated to the demised and you are offering prayer so the soul rests in peace.

Plan the music to be played while guests come in or at the start of a funeral service. If it is not a religious funeral, you have planned, even then, good music is a great replacement.

After the basic ritual of the funeral, plan the readings. You can appoint anyone to be the anchor of the ceremony and call out the name from the attendees to say a few words about him/her.

People present at the ceremonial venue some good words about the deceased. Share some good memories and Moments you are the reader has spent with the person.

Once the reading is done, arrange for a group prayer. Provide the lyrics of the prayer to the attendees so they would pray along. Engage your guests in the prayer not only because of showing significance but to make them have a soft heart during the ceremony and be with the family person.

Often in non-religious funeral ceremonies, the religious customs are replaced with the candle lighting ceremony to offer a prayer and show respect towards the deceased.

You may bind the ceremony with a closing prayer or by dedicating a few sweet words for the deceased. It is better if it is the family member to say some last word about the person along with closing music. Through this, the guest would understand that the ceremony is now over and you want to wrap it.

How to Create a Funeral Order of Service Template?

On the same page, include the name of the deceased, along with the date of birth and passing date. You may also specify the number of years he/she lived on the creation. A short message concerning the individual.

Inside pages of the booklet can be filled with the list of rituals and Customs at the proper time. The major objective of crafting a funeral order of service to let the attendees know of the ritual and its order, which has to be incorporated in a particular manner with the proper timing at the second block.

Inform the attendees of the plan you have made that would include the prayers, the hymns, readings, music, speech, candle lighting, and others. You can even and name the family members of the demised who are associated and have helped arrange the funeral order of service.

On the next page, add in some good quotations at points dedicating to the deceased. You may also include the prayer that you want other attendees to sing along with. You may also add in some more photographs of the individual and there you can include the best friends of him/her and other relatives.

Crematorium order of service template design is not the primary factor when it comes to choosing Funeral Order of Service Template. A floral-themed design template could be the right choice for inviting the near and dear ones and colleagues to let them know about the crematorium program. If possible, make sure to add the demised person photograph on the top right corner or the front page middle of the design template.